8 days  |  7 nights
Tour TypePrivateThis tour can be taken as a private tour following our set tour itinerary. Select your own travel dates to suit your personal group of family or friends.|CustomYou can customize any of our small group or private tour itineraries. You can do that by completing a booking for a specific tour and letting us know what else you want included in your China tour to custom design it.
DestinationsVientiane, Vang Vieng, Luang Prabang
Tour Map 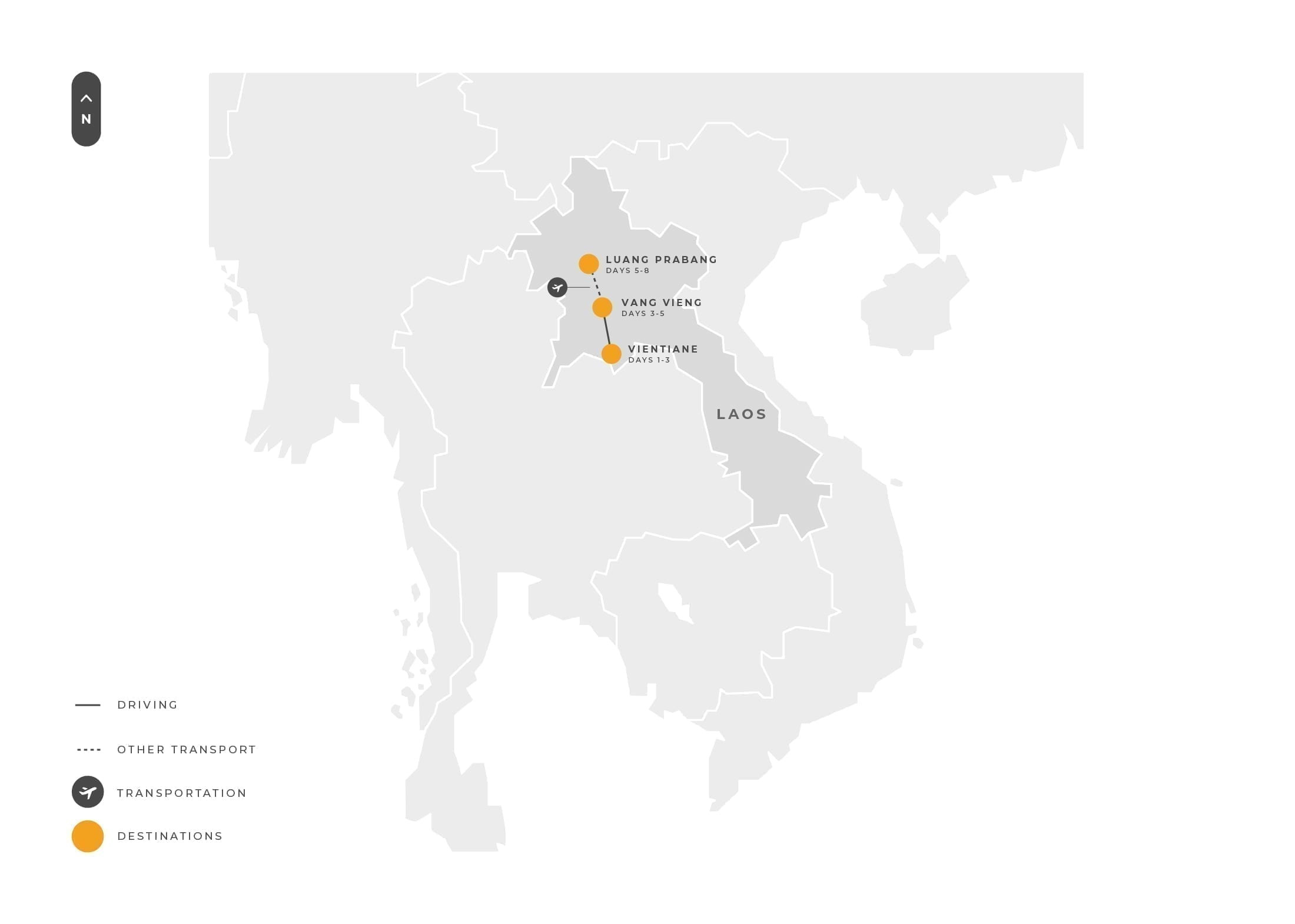 Feel like you’re mixing with royalty when appreciating the Siamese style of Buddhist architecture with an ornate five tiered roof, the oldest surviving temple in Vientiane, completed by King Anouvong in 1824. The temple featuring a cloister wall with more than 2,000 ceramic and silver Buddha images, now a museum, was the favorite place of the King of Laos to meet with the aristocracy.

Sense the spirit of the personal place of worship of King Setthathirath built in 1565–1566 after he moved the capital from Luang Prabang to Vientiane. The temple was built on the grounds of the royal palace to house the Emerald Buddha figurine, which Setthathirath had brought from Chiang Mai, then the capital of Lanna, to Luang Prabang.

Admire the enduring spirit of exceptional Lao culture and national identity in Pha That Luang, built originally in the first century as a Hindu temple. Rebuilt as a Kmer temple in the 13th century, it found new life in the 16th century. Dutch and French later attended refurbishment after invasion, with more recent reconstruction post World War II, so that the magnificence of the gold painted stupa rising 44 metres, the encircling walls and the large number of Lao and Kmer sculptures make for an intriguing visit.

Though the monument located in the center of the Vientiane celebrates independence from the French, it nevertheless draws style from the French Arc de Triomphe, but with traditional Laotian Buddhist influences, carvings and myths. Beautiful gardens, fountains and converging roadways highlight the beauty of the monument and its central significance to Laos.

Tremendous value has been generated by construction of the dam in the 16 years between 1968 and 1984. Today the hydro-electric potential harnessed by the project provides local and export earnings from energy exported to Thailand, China and Vietnam, as well as funding development locally, including fisheries and tourism on the artificial lake.

All you need for a refreshing thrill is an inflated tire tube and a headlamp to guide the way along crystal water ways of this enchanting cave, after travelling through tropical mountain scenery.

Much to delight in the natural tropical beauty, geological formations, crystal waters, religious shrines and defense history of these amazing caves. Strength to your legs as you climb the stairs to the main cavern entrance that proved a disincentive for earlier marauders.

There’s much to appreciate in these sacred temples, which are significant Lao monuments to the spirit of religion, royalty and traditional art. Shrines, pavilions and residences are found amongst the flower gardens, ornamental shrubs and trees.

Attraction of the two caves in a dramatic limestone cliff overlooking the Mekong River is the thousands of miniature Buddha sculptures serving as shrines to the river spirit and Buddha. For hundreds of years, locals have left the Buddha images assuming a variety of positions from meditation to peace and nirvana, burning incense and offering prayers. April New Year is a time for attending to the images and celebrating with local whisky and wine.

Become part of an enduring Lao’s tradition with an early start to participate in the daily morning rituals of saffron-clad monks in procession collecting offerings of alms from the faithful residents.

Over 8 days of this customized, guided journey, explore the natural beauty of Laos, amazing historical, religious sites in Vientiane, Vang Vieng and the enchanting World Heritage Listed city of Luang Prabang. Put any travel concerns aside as professional English speaking guides look after your needs for 7 nights’ hotel accommodation, all in-country travel arrangements, breakfast and lunches, till the final transfer for your flight home.

Our guide will welcome you at the airport to transfer you to the pre-booked hotel.

First up on today’s journey is the Wat Si Saket, the oldest temple remaining around Vientiane, dating back to 1818. This former favorite meeting place of the aristocracy is now a museum of Siamese Buddhist architectural design, featuring more than 2,000 ceramic and silver Buddha images. Pay a visit to the former place of spiritual worship of the King, Haw Phra Kaew built in the grounds of the royal palace. On the way to the eminent Pha That Luang, a photo stop will be made at Patuxai, the monument regarded as Vientiane’s own Arc de Triomphe, commemorating the country’s independence from the French.

In the afternoon, on a visit to the Buddha Park (Xieng Khuan), view a collection of hundreds of Buddha statues. Travelling through small, peaceful villages along Mekong River, enjoy the enchanting scenery on the way to the Mekong Friendship Bridge on the border of Laos and Thailand. Return to the hotel in the late afternoon.

After breakfast today head for Vang Vieng. Along the way, stop at Ban Bor Village to see the production of natural salt. Investigate the construction of the Nam Ngum Dam, the first hydroelectric dam built in Laos, which has formed an artificial lake now scattered with hundreds of small islands. Following lunch, step aboard for a relaxing boat trip on the Nam Ngum Lake (about 1 hour). Lastly, continue driving towards Vang Vieng and check into the hotel there.

Begin the day with an invigorating hike to Ban Phathao, through picturesque rice fields set against a limestone mountain backdrop, to explore three caves – Tam Loup, Tham Hoi and Tham Nam, the latter with a spring water pool at the entrance.

Take to the water in the afternoon, on a 45-minute boat trip on Nam Song River, before returning to Vang Vieng to relax for the rest of the day.

Following a visit to the famous Tham Jang Water Cave to experience the most fun you can have on an inflated tube ride through the caverns, head to Luang Prabang. As you enjoy the scenery during the journey, gain an insight into rural life and a glimpse of the simple lifestyle of the local people. Check into the hotel on arrival.

Get a feel for authentic Laos by attending a Baci Ceremony at a local house (taking around 90 minutes), before exploring traditional food, crafts and souvenirs on sale at the night market.

An optional early start offers a special opportunity to participate in the daily Morning Alms Giving Ceremony of saffron-clad monks collecting offerings of alms (ubiquitous sticky rice) from faithful residents. This tradition is very unique to Laos, being the only Buddhist nation still preserving the procession. From there you will visit the morning Phosi Market, where you will see such diverse offerings as dried buffalo skin, local tea and saltpeter among the chickens, vegetables and hill-tribe weavings.

A tour of the Old Town takes in the city’s oldest temples of Wat Sene and the magnificent Wat Xieng Thong, with its roofs sweeping low to the ground in classical Laotian architectural style. Learn more about the ethnic culture from perspective of an American by a private tour at TAEC Center. After lunch, on a cruise upstream on the Mekong River, enjoy breathtaking views through the tranquil countryside, before exploring the mysterious Pak Ou Caves. Here two linked caves are crammed with thousands of gold lacquered Buddha statues of various shapes and sizes left by pilgrims.

Take in the rural scenery of farms and villages on a short trip to the Hmong ethnic community of Ban Long Lao Kao. Here you will have the opportunity to visit the people and take in the sights of the village, before hiking to the famous Khuang Si waterfalls, walking through vegetable gardens, rice fields and tropical forests under the shade of hardwood trees, such as rosewood and ebony. Reward awaits your arrival at the falls, where a delicious picnic can be enjoyed in the natural surroundings of the area. Rest awhile, or go swimming in the aqua pools, before heading back to Luang Prabang, on the way calling into the Ock Opo Tok Centre to examine fine Laotian textiles.

You will be at leisure till our guide and driver transfer you to the airport for your flight to the next destination.

We can see you want to book for 6 or more people. Let a travel consultant provide you with a better price for your Indochina tour. 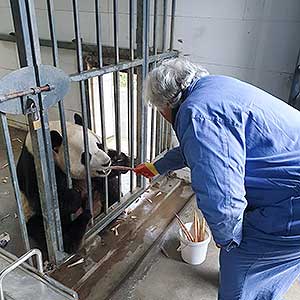 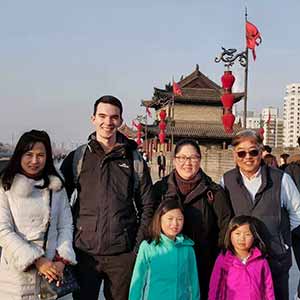 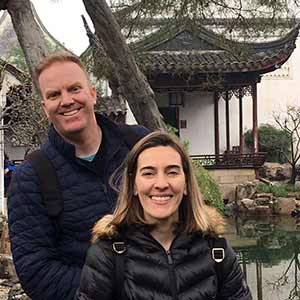